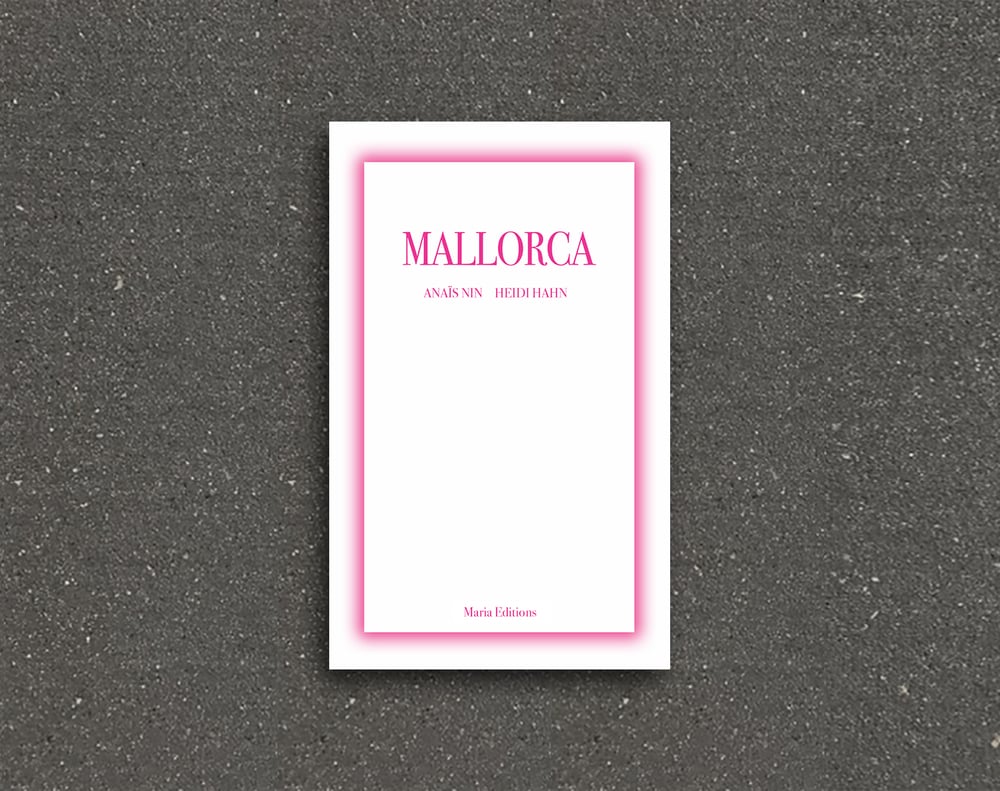 Drawings by Heidi Hahn
Includes a conversation with the artist and texts by Sara Blažej and William J. Simmons

"Mallorca" is one of fifteen short stories by Anaïs Nin published posthumously in 1977 as "Delta of Venus." It tells a story of a young Spanish girl Maria who decides to go swimming at night with an American named Evelyn. The text is accompanied by drawings by Heidi Hahn and a conversation between the artist and Marysia Gacek.

Anaïs Nin is the author of sixteen published volumes of the Diary, short stories, novels, critical studies, a collection of essays and two volumes of erotica. Born in Paris in 1903 of parents who were both musicians, she aspired early on to be a writer. She achieved international fame with the publication of the first volume of her Diary in 1966, and was in wide demand as a lecturer until illness forced her into retirement. She died in Los Angeles in 1977.

Heidi Hahn is a New York-based painter known for her vibrant palette, melting figures, and atmospheric moods. She received her Bachelor’s degree in Fine Art from Cooper Union in 2006, and her Master’s degree from Yale University in 2014. Hahn is an acting Professor of Painting and Drawing at Alfred University, NY, and has been the recipient of several awards, residencies, and fellowships, including the Jerome Foundation Grant, Skowhegan School of Painting and Sculpture Residency, Madison, ME. She has exhibited nationally and internationally in numerous group and solo shows, including an exhibition at the Nerman Museum of Contemporary Art, KS, in 2018. Hahn has been awarded several residencies and awards, including the Skowhegan School of Painting and Sculpture and a Jerome Foundation for the Arts Grant. Her work has also been reviewed in numerous publications, including The New York Times and Hyperallergic. Heidi Hahn is represented by Kohn Gallery in Los Angeles and Nathalie Karg Gallery in New York.